I watched Billie Jean King say this during a 3 part series on Peacock (yes I had never heard of it and then I decided to sign up for free so I could watch this) called The 96 Effect.  It follows the 1996 US Women’s Olympic gymnastics, softball, basketball and soccer teams which all won gold.  It talks about Title IX passing in 1972 and how this generation of female athletes, the first generation of women who could actually grow up playing sports, showed the world just what an amazing thing equal opportunity (or at least more equal opportunity) could do. What she was referring to is that for the first time ever really, female athletes in a bunch of different sports were visible and in the mainstream.  They were out there and we could see them.  And, for the first time for so many of us girls, we had the opportunity to see people who looked like us doing stuff like that!  They made it possible for girls around the world to dream of doing that.  Of playing hard, of having fun, of camaraderie and teamwork, of commitment to a shared goal, and of just plain awesomeness.  None of that was even an option before. I remember all those names.  Lisa Lesley, Sheryl Swoopes, Lisa Fernandez, Dot Richardson (the surgeon!!!), Michelle Smith (I still have the bat with her name on it), the whole US Soccer Team who were my idols…  I remember watching, riveted in front of the TV, as the US Women’s Gymnastics Team in a surprising, fantastical performance looked to beat the Russians.  And how it all came down to Kerri Strug who fell on her 1st vault attempt and hurt her leg.  And then went again, stuck the landing, captured gold for her team, and then crumpled to the ground in pain.  Holy Cow!  That will forever go down in history as one of the most iconic Olympic moments.  Like when Cathy Freeman won the 400m gold in Sydney.  Remember that?  Wow! I believe in what Billie said.  If we can see it we can be it. That’s why I push the people in my coaching programs to say their dreams out loud and to write them down on paper.  I encourage them to talk about them with other people and visualize them in detail so that they become real. If we can see it we can be it. Really. If you’re interested in working to become a different version of yourself join my program!  You won’t regret it. 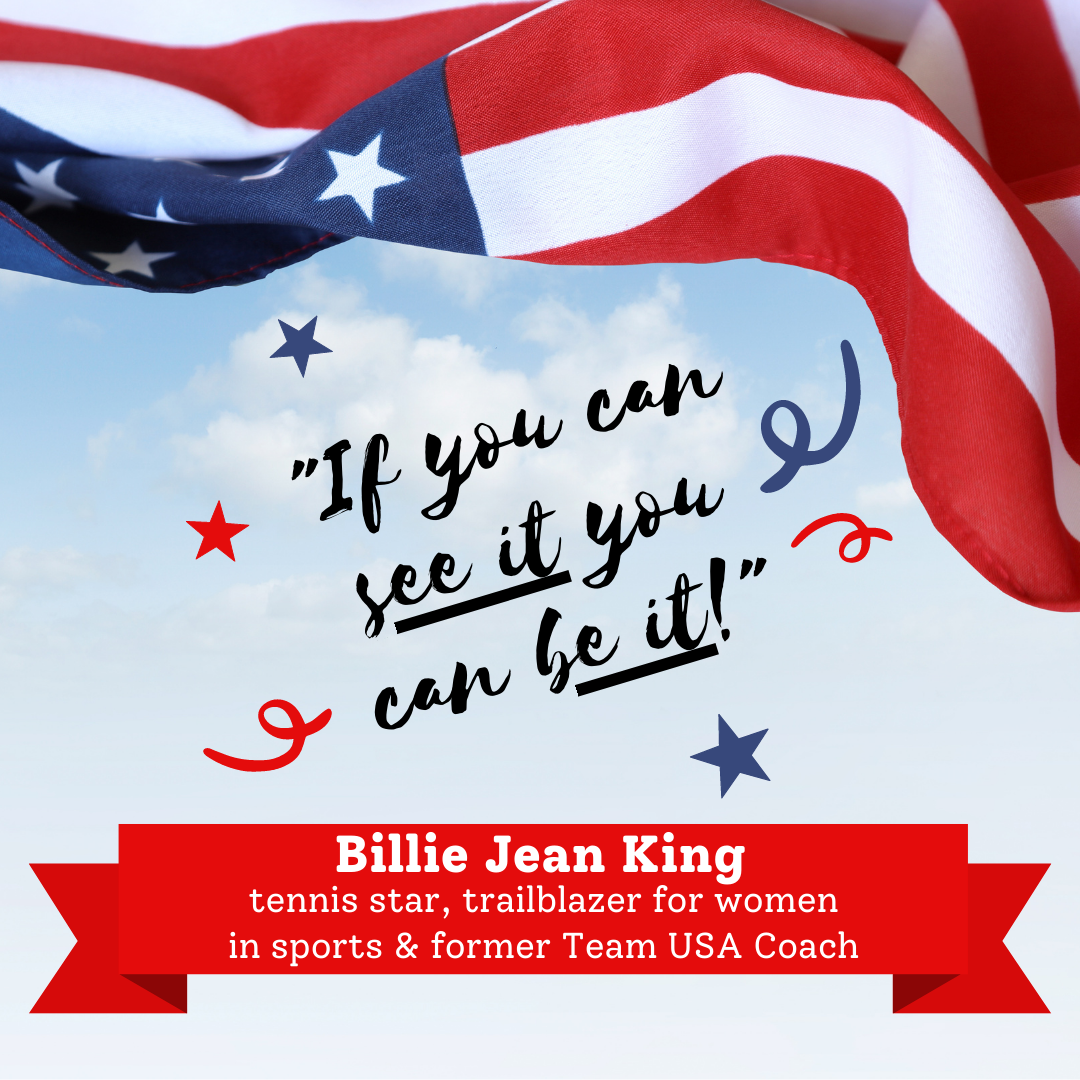